Fossil evidence shows that the Laysan Duck was once widely distributed across the Hawaiian Islands before the arrival of human beings around 1,500 years ago. 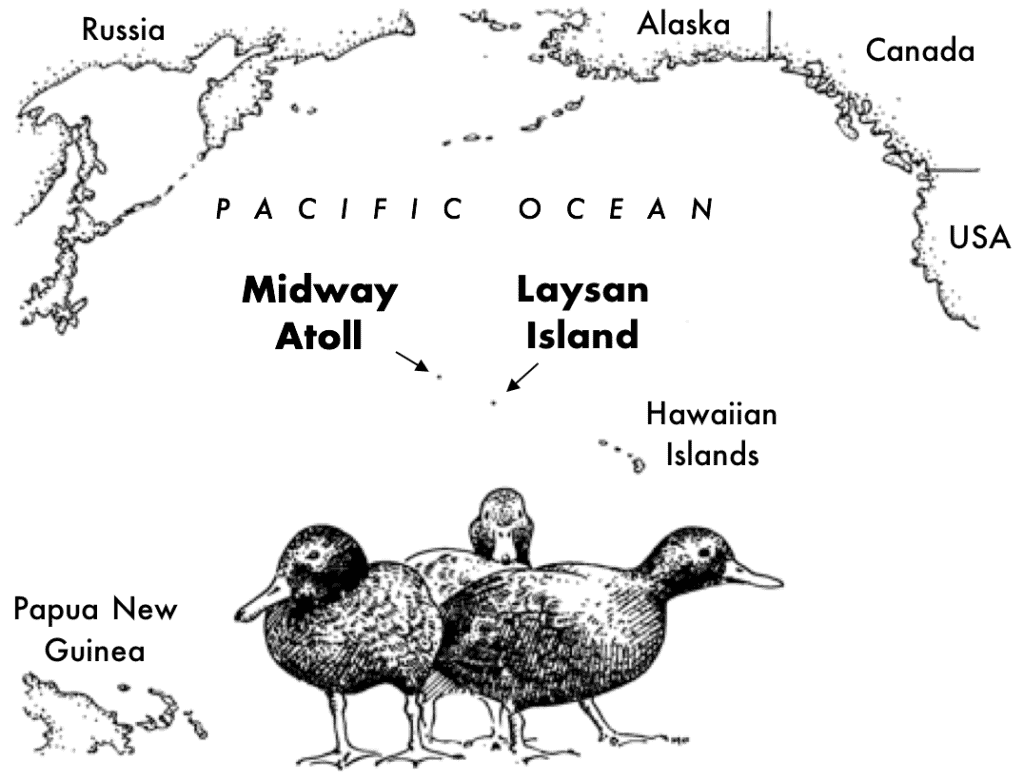 In order to protect against a single disaster such as disease, predation, hurricane or tsunami, small groups of Laysan Ducks were translocated to Midway Atoll’s Sand and Eastern Islands early this century.

The diminutive Laysan Duck may be a ‘small brown job’ but its wow factor comes from an engaging personality and an intriguing history. In the wild, this duck is critically endangered. Away from its fragile homeland on the Northwestern Hawaiian Islands, the species is doing well in captivity.

Laysan Island was the last haven after hunters and introduced predators stripped the species from everywhere else. Our hunger for guano (bird droppings) as fertiliser led to exploitation of the island at the end of the 1800s. Rabbits, hares and guinea pigs were imported to feed the workers and it was not long before the ecosystem was overgrazed and starting to blow away. Some endemic plant and bird species were lost, but the small brown Laysan Duck just hung in there. By 1911 there were an estimated 6-12 ducks left and only  7 were counted in 1912.

Today, guano is used in organic farming as a natural source of nitrogen, phosphorus and potassium, but we hope that our sources are more responsible than they were a hundred years ago. It is widely thought that the fragile ecosystem of Laysan Island, along with Midway Atoll and other similar Pacific Islands, will be inundated by rising sea levels by the end of this century.

Laysan Ducks do well in mixed collections, sometimes being a little too inquisitive. They may disturb other nesting species. They lay 4-8 eggs and incubate for 26 days.

Our website content is available for all to use, but of course running our site has costs. Registered charity number 263156. We hope you will join the Association, you can do that HERE. Or will you help us continue to improve our content by making a DONATION?