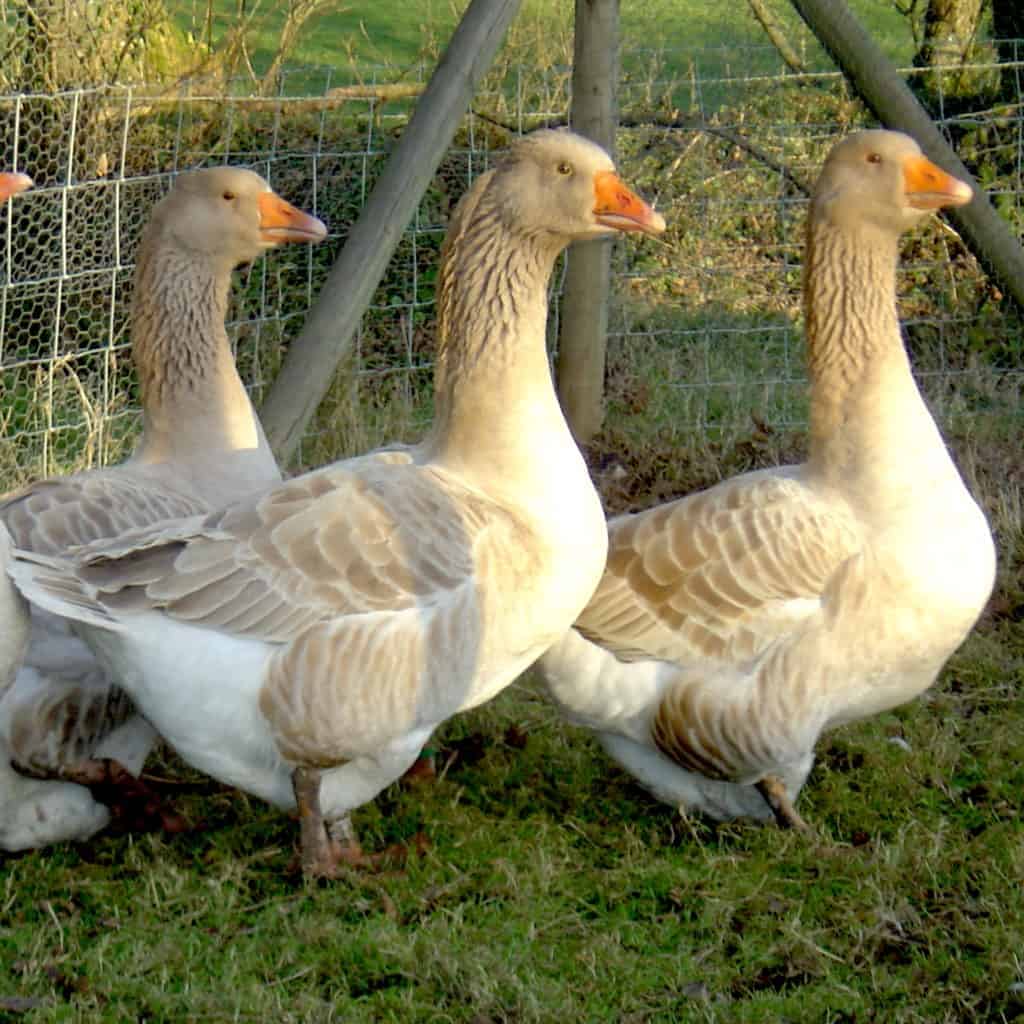 This breed has similar plumage markings to the Toulouse and the wild Greylag, and like most domestic geese, is dual lobed. There has often been confusion between this breed and the Brecon Buff, as its plumage has the same warm orange-buff ground colour. Unlike the Brecon, it has orange beak and legs. Like the Brecon, the rich buff of their plumage tends to become much paler with exposure to sunlight, so the best colour is seen in birds that have recently moulted. The eyes are dark hazel with an orange cilium. White feathers and pinkish beak and feet are considered faults in this breed. These birds are also taller and longer necked than the Brecon Buff.

The American Buff is now classed as a heavy breed, and the size has increased considerably in recent years (references from the 1970s give a weight for the gander of 8 kg (18 lbs), whereas the BWA standards now give a weight of up to 13 kg (28 lbs). The American Buff is therefore a good choice for producing a good sized bird for the table, and is also hardy and reasonably calm in nature.

Our website content is available for all to use, but of course running our site has costs. Registered charity number 263156. We hope you will join the Association, you can do that HERE. Or will you help us continue to improve our content by making a DONATION?